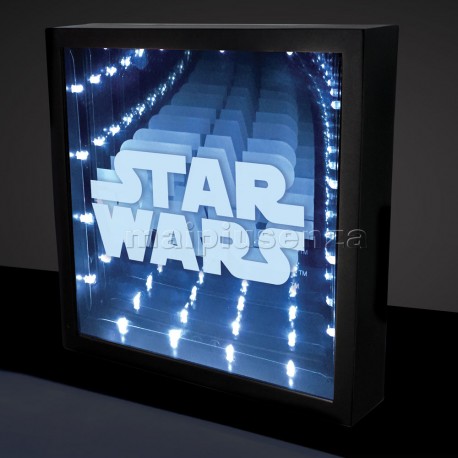 Notify me when available

No reward points for this product because there's already a discount.

Send to a friend 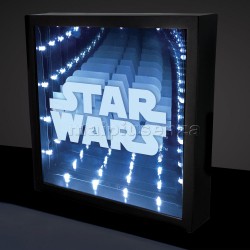 Travel to a galaxy far, far, away, this Infinity Light an optical illusion LED light sure to satisfy Star Wars fans young and old. Featuring the iconic title logo disappearing into the infinite beyond, this is a cool and stylish piece of fan memorabilia from one of the most popular series of films ever made. Dual powered by either USB or battery, the Star Wars Infinity Light can be wall-mounted or left free-standing, and measures 25cm in height. The product comes with a USB cable included, or alternatively can be powered by 3x AA batteries (not included). Star Wars has been one of the most successful film franchises in cinema history since its original release in 1977, quickly becoming a defining moment in popular culture. The series has continued to win new generations of fans with each instalment, resulting in a global fan base of millions. From A New Hope and Return of the Jedi through The Phantom Menace and Attack of the Clones, right up to more recent successes such as The Force Awakens and Rogue One, Star Wars continues to reach new heights by introducing great new characters as well as focusing on old favourites. The Star Wars Infinity Light is an officially licensed Star Wars product.

No customer comments for the moment.